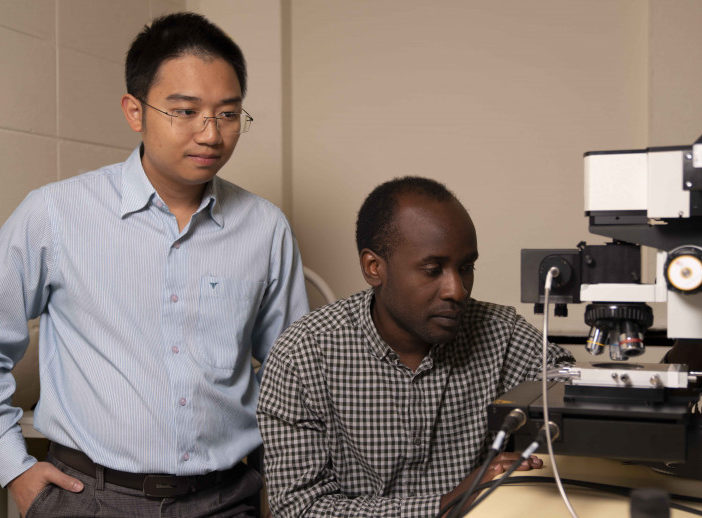 The quest to make ever more flexible and lightweight solar cells could get a big boost from a simple twist in engineering, discovered by a team of researchers from the Australian National University.

A study published in the journal Cell Reports Physical Science has found that the behaviour of super thin materials, just two atoms thick, could have significant potential to help control a wide range of technologies, including solar cells.

The researchers found that “twisting” the angle between two materials had the effect of changing their behaviour, including to boost their ability to convert sunlight to electricity.

“It’s an exciting new field,” said report co-author, Dr Hieu Nguyen. “Simply twisting the two ultrathin layers can dramatically change the way they work. The key is to carefully select the matching pair and stack them in a particular way.”

The research produced earlier findings that quantified the potential for the nanoscale materials to provide a usable supply of electricity, finding they could deliver comparable voltages to other conventional solar cell technologies.

“[This] gives scientists a target to work towards in terms of electrical output. We cross-validated our calculations using other bulk semiconductor materials. It is exciting that something almost invisible to the naked eye can still absorb sunlight and efficiently convert it into electricity,” Nguyen said.