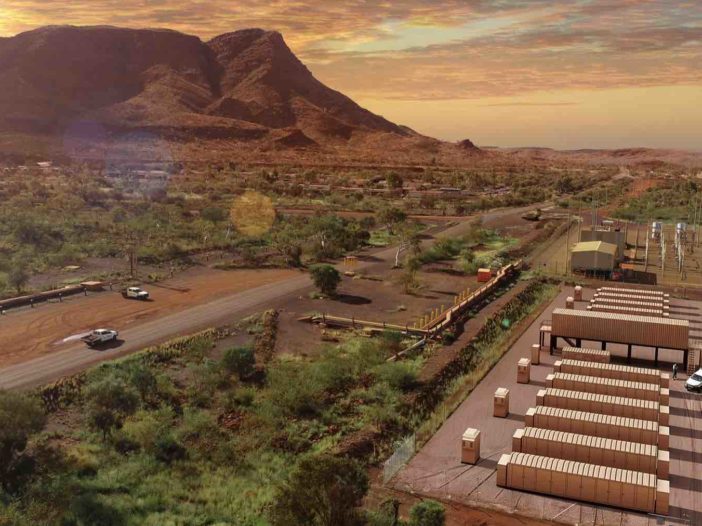 Mining giant Rio Tinto is building a 45MW big battery to help power its massive iron ore operations in Western Australia, in a project that will offer valuable insight into how Australia’s main grid can also manage the switch to wind, solar and storage.

The battery, which is believed to be the biggest in the world that is not connected to a national interconnected grid, will offer only around 15 minutes of storage, or just 12MWh, but will operate as a “virtual synchronous machine” (VSM), or “grid forming inverter,” in the mining town of Tom Price in the Pilbara.

The technology will allow the operators of the private network to switch off the expensive gas turbines currently used as back up for the existing fossil fuel generators and keep the grid steady – a key step to supporting a 100 per cent renewable grid.

“The aim is to switch off synchronous machines such as gas turbines today, but also lay the technical foundation to operate with no synchronous generators in the future and source all electricity from renewables,” said Stephen Sproull, a senior engineer at Hitachi ABB. “It’s important to demystify the technology, and make it clear that we have the technology to provide the essential grid services and get to 100 per cent renewables.

This is the technology they need to switch off synchronous generation. It also means we are solving technical challenges up front, before adding renewables, and not hitting the system strength or grid stability problems being encountered elsewhere.”

The post Rio Tinto battery to be biggest of its type in world, and shine path to 100 pct renewables appeared first on Solar Choice.